The same day I went that I went to West Lake and the Leifang Pagoda ended rather late, and I ended up strolling through a part of downtown after sunset. There were a lot of people out, one of which was a guy with a pet squirrel. Yea, that’s right, on a leash and everything. Everything about this struck me as a bad idea, as squirrels are jittery, terrified animals with razor sharp claws. It’s like a crackhead, only fluffy and adorable, and frankly a lot more dangerous when cornered.

The guy was super cool about his pet, let me take pictures, and as well had the squirrel jomp on my own shoulder.

SOrry for the shit picture quality. It was dark and the creature never stood still for more than a few seconds. 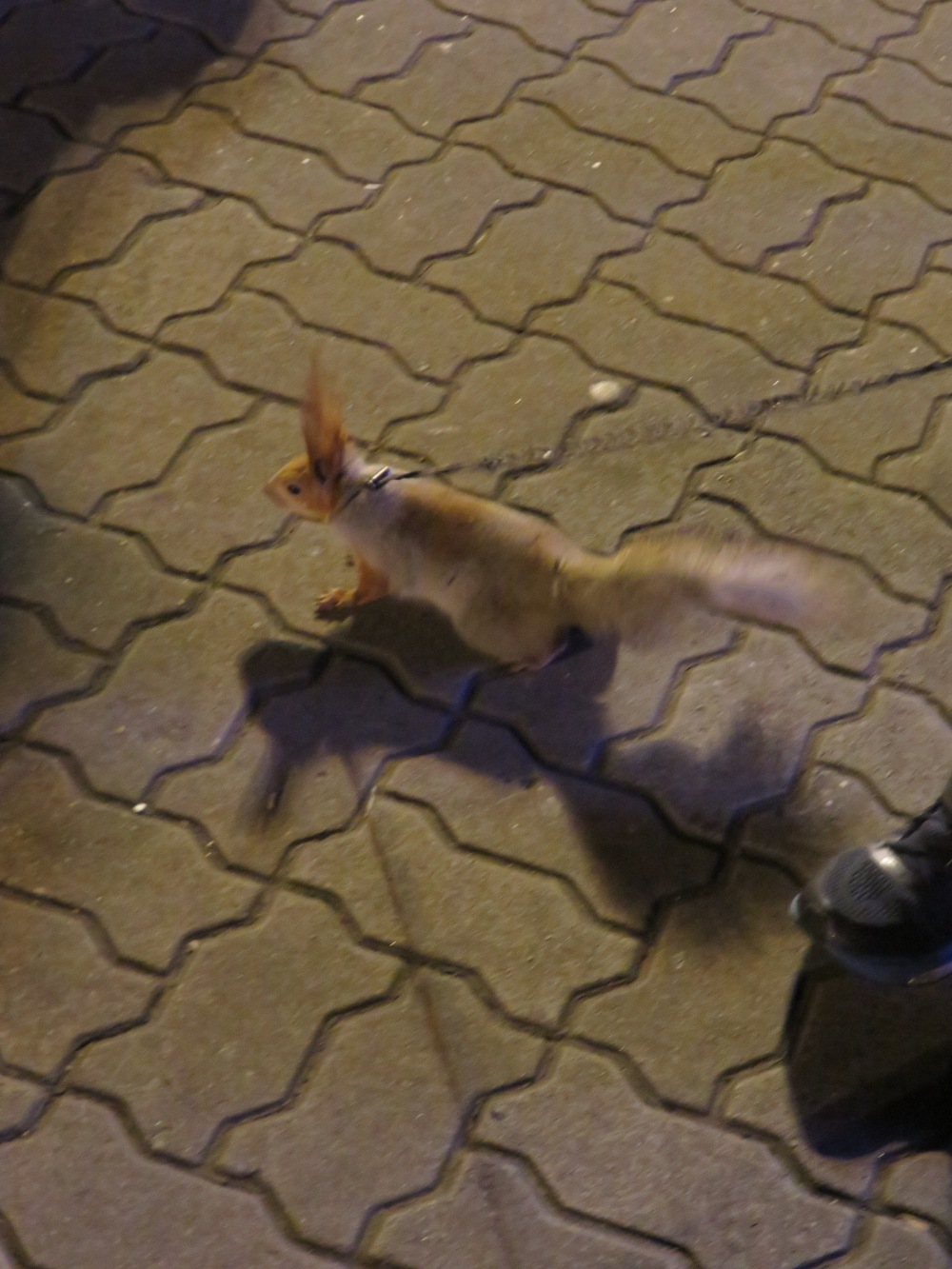