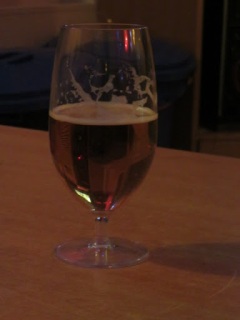 Later that night, we had a second Karaoke party. This one was Stevan and Jane’s idea, though I contributed a case of beer to the cause. It was meant to thank the crew for their hospitality. It was also Chris’ birthday so we had the mess bring out a cake, and we gave him some ‘gifts’ we picked up in Japan. It was dark and smoky in the room, so the pictures did not come out terribly well. 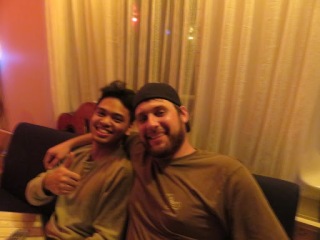 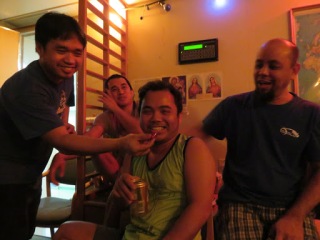 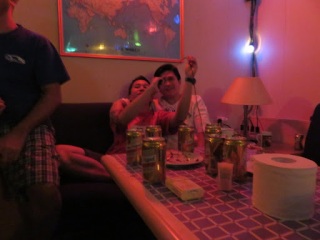 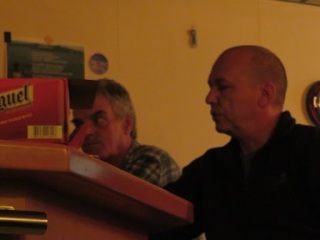